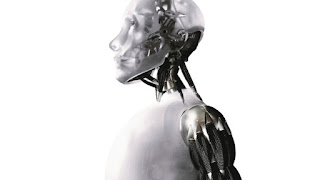 The Robo4j alfa-0.2 release is another big step for Robo4.j framework. It contains 1st version of robo4-brick-client.
The Robo4j brick-client is standalone module which uses native robot hardware. The module contains also stand alone server which is able to communicate with rest the of the word.    The communication with the robo4j-brick-client uses JSON lightweight data-interchange format. The current implementation allows to send basic robot platform orient commands.
Such commands allow to process simple movements (move, back, right, left) with the Robo4j Alfa Robot unit.
Before you can use the build-in features of the robo4j-brick-client you need to run application itself directly on the Levo EV3 brick. It means that client needs to becompiled as fatJar and uploaded on the brick by busing, for example, the following command:
example of accessing Robo4j brick-client from command-line using cURL:

You've seen the main visible change in alfa-0.2 release. But it's not everything, the robot hardware specific apart has been move to the package robo4j-lego module and robo4j Agent structure has been improved.
Robo4j alfa-0.2 also comes up with robo4j-commons which is the set of commonly used utils and features across the whole Robo4j project.
Last visible improvement it Robo4j template engine PageParser. This engine is currently responsible for generation robo4j-line help and robo4j-brick-client web pages.
Videos and more is coming
Stay tuned!